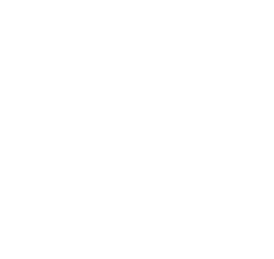 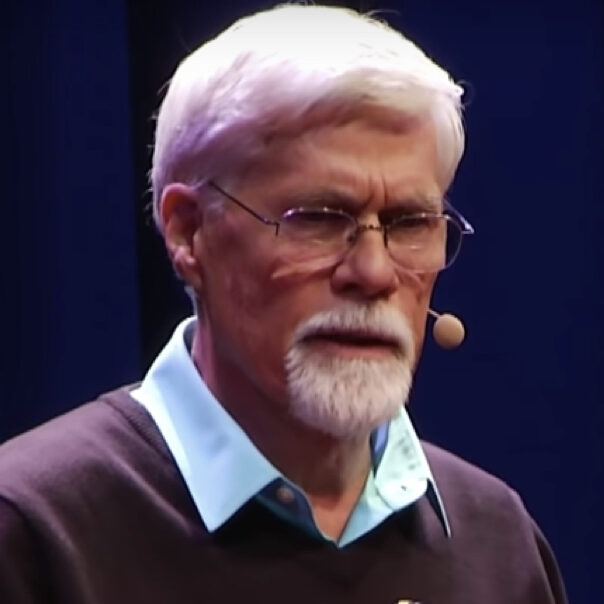 Jim Tamm is a former judge and an expert in building collaborative workplace environments, with 40 years of experience in the field of alliance building and conflict resolution. As a Senior Administrative Law Judge for the State of California for 25 years, Jim mediated more than 1,000 employment disputes. 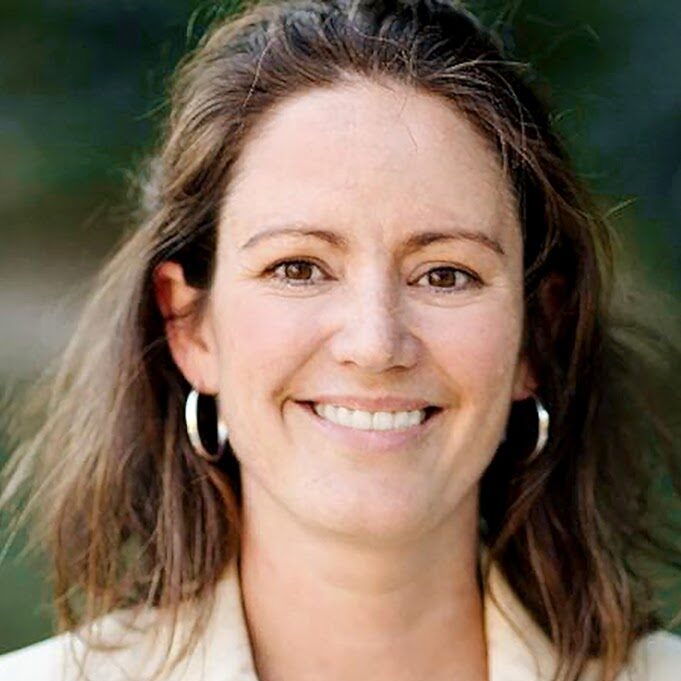 Martha Bailey is a Professor of Economics at UCLA and a Research Associate at the National Bureau of Economic Research. Bailey’s research focuses on issues in labor economics, demography and health in the United States within the long-run perspective of economic history. Her work has examined the implications of the diffusion of modern contraception for women’s childbearing, career decisions, and the gender gap in wages. Her recent projects examine the short and long-term effects of Great Society programs. She has written numerous articles and co-edited two books, Legacies of the War on Poverty and A Half Century of Change in the Lives of American Women. Bailey leads the NSF-funded Longitudinal, Intergenerational Family Electronic Micro-data (LIFE-M) project and the Michigan Contraceptive Access Research and Evaluation Study (M-CARES) and currently serves on the editorial board of the American Economic Review and as an editor at the Journal of Labor Economics. 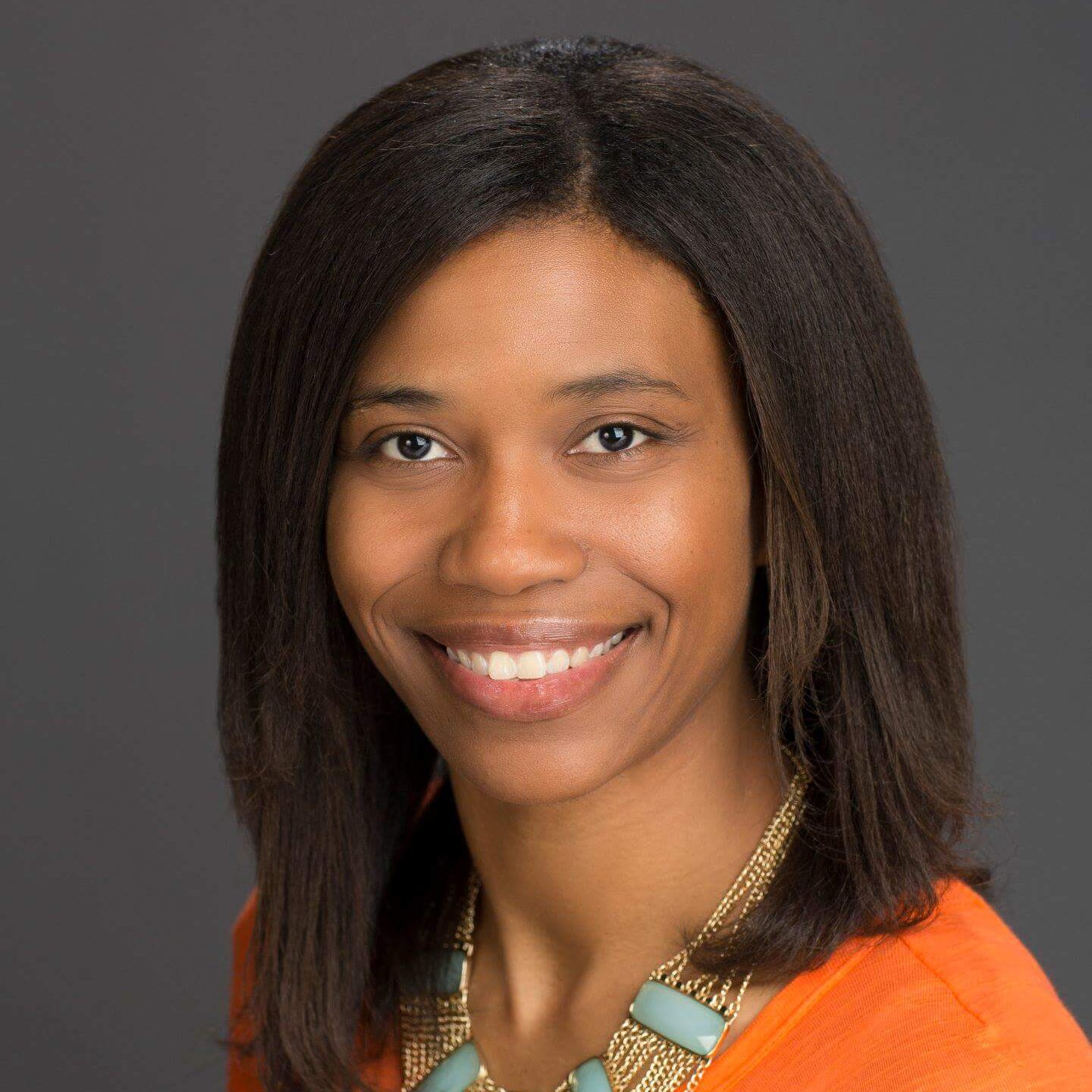 Dr. Adrienne L. Edwards is assistant professor and program director of Human Development and Family Studies at Winthrop University. Dr. Edwards earned a Bachelor of Arts in psychology from Clemson University, Master of Education in counseling and development with a concentration in community/agency counseling from Winthrop University, and a Doctor of Philosophy in human development with a concentration in child and adolescent development from Virginia Tech. She is a Certified Family Life Educator (CFLE). Dr. Edwards began her career as a teacher assistant in a three-year-old classroom. She worked as a mental health therapist and supervisor of a Child and Family Support Services program before entering academia. Dr. Edwards is former president and current board member of the South Carolina Infant Mental Health Association. She is an active member of the National Council on Family Relations (NCFR). Dr. Edwards is a recipient of the NCFR Jessie Bernard Outstanding Contribution to Feminist Scholarship Paper Award. Her research interests include intersectional developmental science, family processes, family life education, and feminist family science. Dr. Edwards has published articles on these and other interests. She has given over thirty presentations at regional, national, and international conferences. 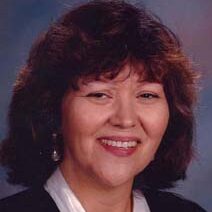 Inspired to write by a prophetic dream of her father in 1995, Irish Latina author, Stella Pope Duarte, believes that writing, like love, begins within, or it doesn’t start at all. Hailed by critics as a “major, literary voice in America,” Duarte is described by reviewers as a “magical weaver with a sure hand and a pure heart,” and as an author who “will enlarge humanity.” Her works include: Fragile Night; Let Their Spirits Dance; If I Die in Juarez; Women Who Live in Coffee Shops and Other Stories; Writing Through Revelations, Visions and Dreams: The memoir of a writer’s soul, and Raul H. Yzaguirre: Seated at the Table of Power. In 2020, Duarte completed the 100-year history of Phoenix College, Our Past Your Future. All proceeds from the book will go to student scholarships.

Born and raised in the Sonorita Barrio in South Phoenix, Duarte currently writes from her home in Phoenix a few miles away from the place of her birth. She credits faith and the love of family as the foundation for her literary success.

“I recall walking to Harmon Library in my old barrio to check out books, and to the Phoenix Public Library in the downtown area. Words danced inside my head. There is creative power in children who read!” 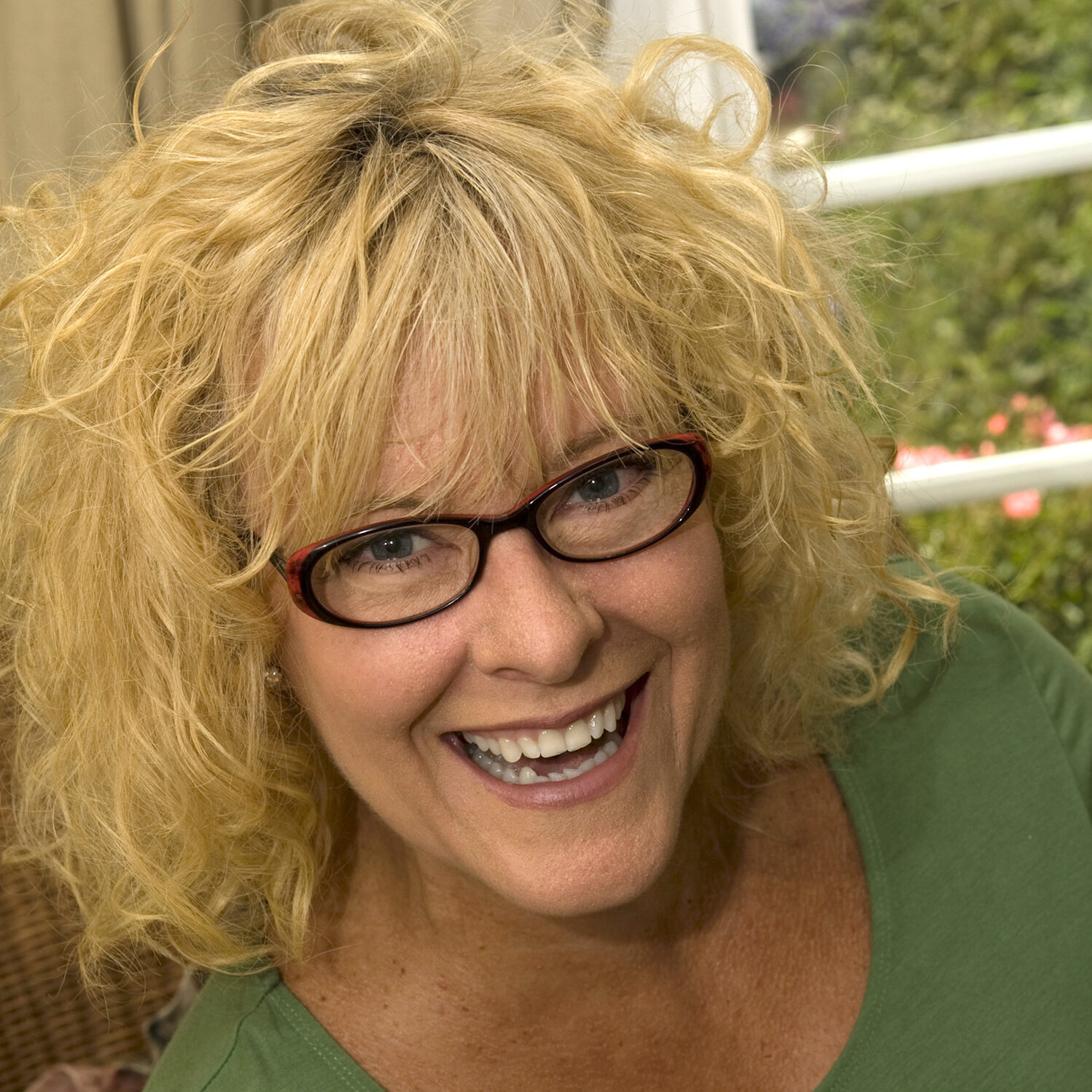 Jean is an engaging and enthusiastic speaker, whose universal appeal makes her message timely and timeless. She has a knack for providing information in a humorous way: her belief is that laughter and learning are not mutually exclusive. Her motivational talks are in high demand, “to have Jean present guarantees a successful event” claims Dr. Mary Parker, Director of Nursing and Allied Health (Ret.) at Cuesta College.

Jean received her Masters Degree in Wellness/Mind/Body health with the understanding the integration, balance and harmony of an individual’s mental, physical, emotional, social and spiritual self, results in a positive state of well-being. Happiness!

The themes in Jean Steel’s presentations—self-responsibility, looking at the bright side, finding your passion, gratitude and having a zest for living were issues she learned firsthand early in life. She and her siblings moved overseas at an early age, following her father’s passion. Being raised in Africa and Asia gave her an appreciation of life very different than most Americans. That environment created the person Jean is today—able to appreciate the good things in our life that we most often take for granted and recognize the perfect moments in our lives.

Jean loves all animals, laughing till she cries, naps, profanity and would possibly sell her soul for a massage. 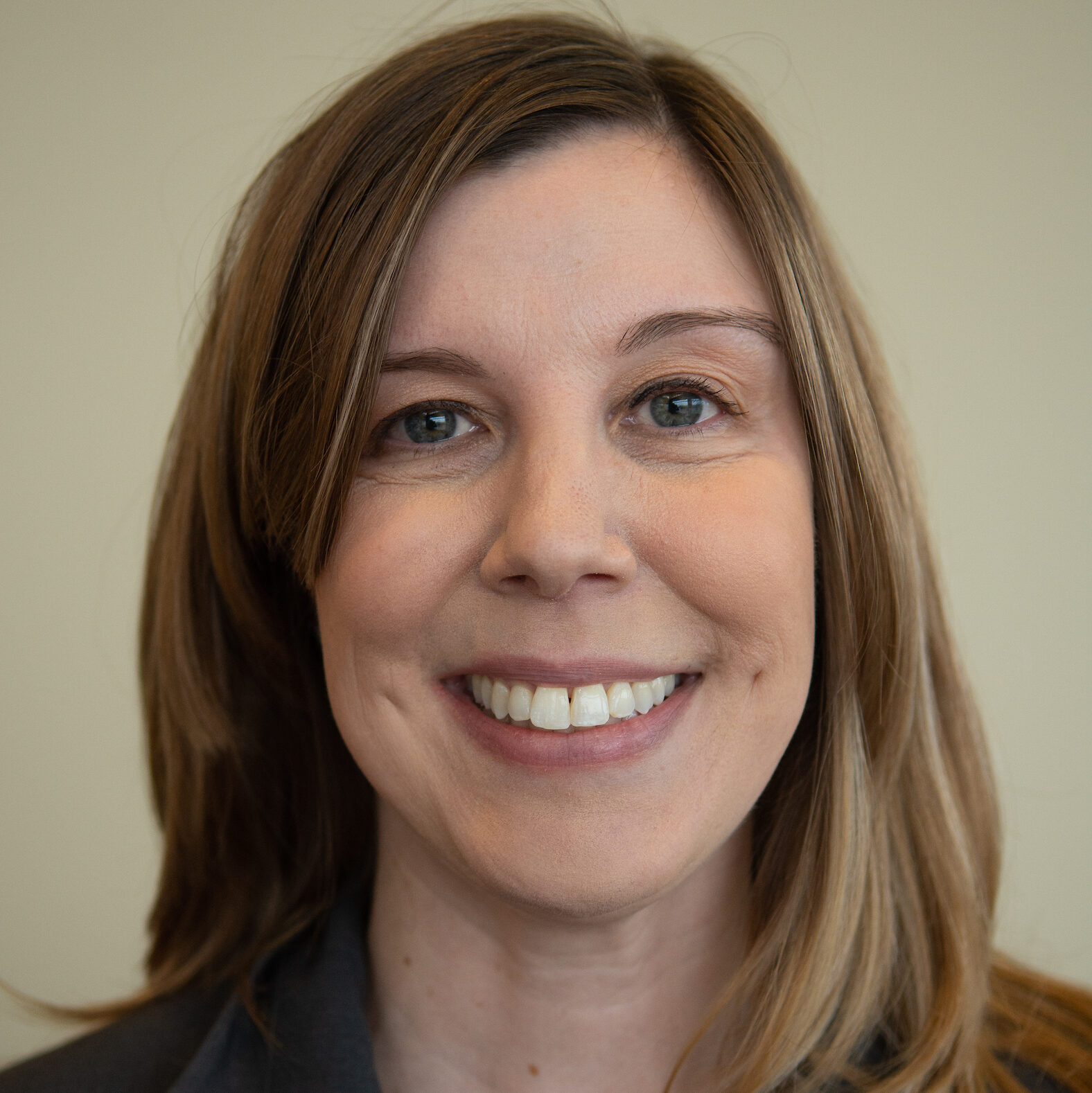 Bridget Walsh, Ph.D. was recently promoted to full professor of Human Development and Family Science at the University of Nevada, Reno. She has been a Certified Family Life Educator (CFLE) for more than a decade and in 2016 was the National Council on Family Relations CFLE of the year. In 2020, she received the Margaret E. Arcus Outstanding Family Life Educator Award. She started her career as a preschool teacher and remains committed to working with young children and their families particularly through early childhood home visiting. As a graduate student and early in her career she conducted studies in Head Start to determine how young children learn new words, particularly dual language learners. As an associate professor and now full professor, she had the opportunity to work with Early Head Start home visitors in Michigan and Nevada to write her second book “Transforming Early Head Start Home Visiting: A Family Life Education Approach”. She is currently working on projects about home visitor professional development, including coaching Early Head Start home visitors and home visitor wellbeing. She has more than 45 publications including outlets such as NAEYC’s Young Children, NCFR’s Family Relations, and Early Education and Development. 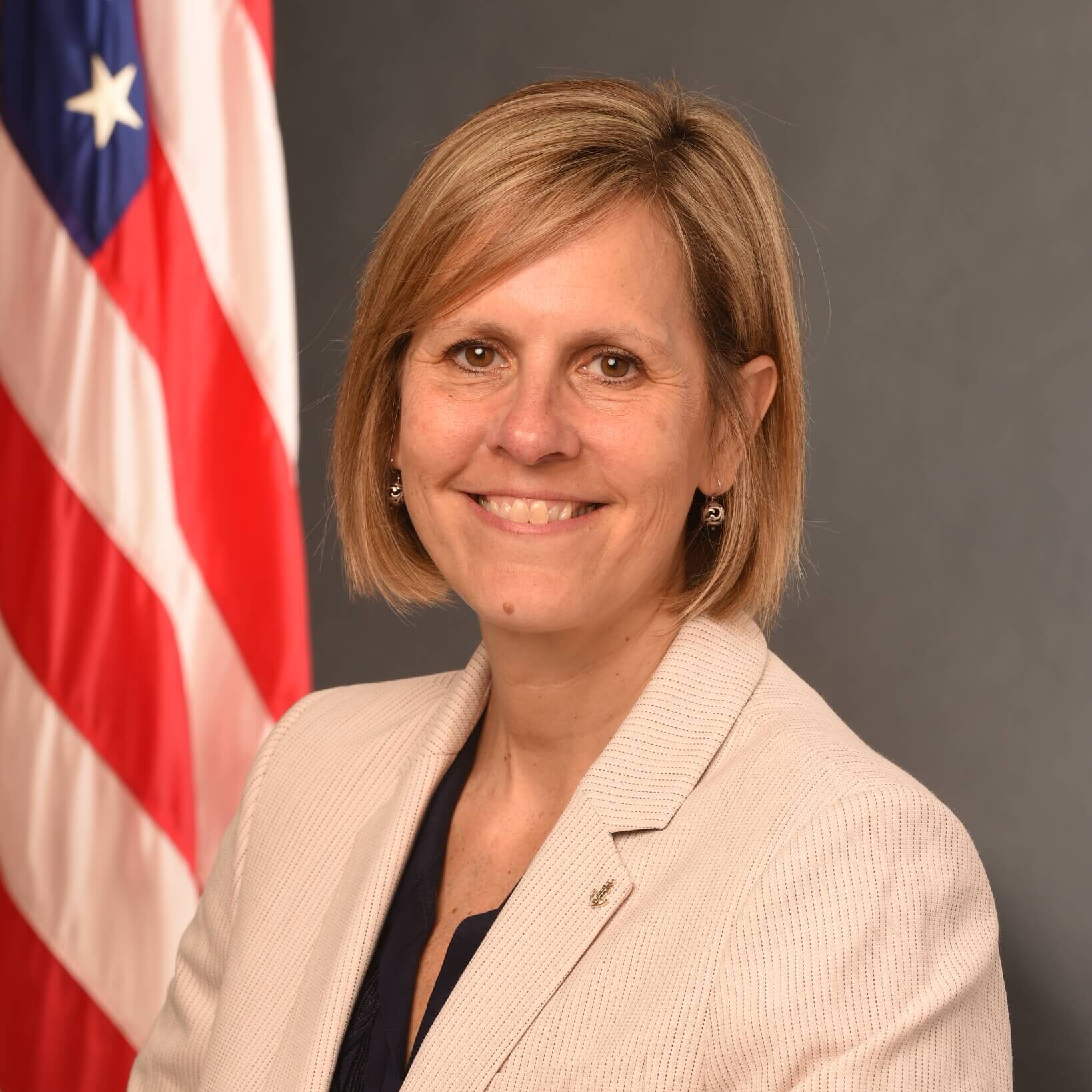 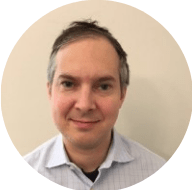 Early Head Start is on the rise! Early Head Start access has steadily increased due to more funding from Congress, new partnerships and an increasing recognition of the importance of supporting young parents and promoting brain development and health prenatally to age three. However, nationally, there is a 500,000 slot gap between Head Start slots and Early Head Start slots. The need to strengthen the prenatal to five continuum of Head Start is urgent. Join this session to hear from the National Head Start Association (NHSA), including Deputy Director Dr. Deborah Bergeron, about NHSA’s Early Head Start RISING! campaign. The session will cover: 1) why Early Head Start is so important to our nation’s future, 2) what we need to do as a community to prepare for higher levels of Early Head Start enrollment, 3) how to advocate for expansion and support in Congress and in your region.